When I first read about super resolution, I concluded that this must simply be some fancy version of image enhancement or pixel interpolation…. but I couldn’t have been more wrong. This is a seriously clever advancement in imaging technology that delivers a real measurement and spatial resolution improvement.

Most manufacturers employ image interpolation to increase the output size of an image. Increasing image size with interpolation does not really help a thermographer as no new information is gained by this process. Super Resolution on the other hand uses multiple images and some mathematics to really get more information from multi-sampling.

By utilising Super-Sampling, De-convolution and the natural hand movement of the user, several images are combined to increase the spatial resolution by 1.6 times. The result is something far superior to interpolation and in my opinion well worth every cent. For only a few extra dollars you can turn a 160×120 image into a 320×240, a 320×240 into a 640×480 and 640×480 into a whopping 1280×960!! These are genuine measurement pixels!!

It should be noted that this does not happen in real time on the screen. This is a post processing technology. Once you click the save button, the camera will take less than 0.5 seconds to capture approx 5 images and then resolve them into a single image. This is an interesting image taken from inside the furnace as it is cooling. Note the difference between Super Resolution and Standard Resolution. Can you spot the difference? 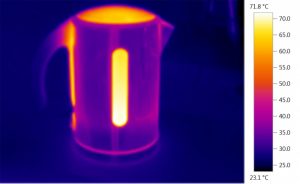 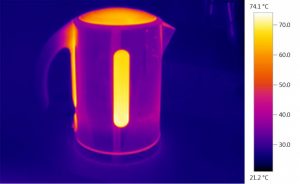 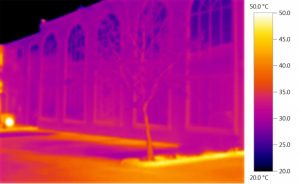 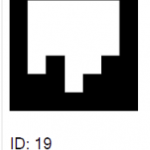